FROM SILENCE INTO SONG

A collaboration with the charity Shout at Cancer celebrating life-affirming stories of survival shaped by the powerful legacy of radiation.

This project will manifest as live musical performances, large-scale video installations and workshops

Sorry for the long gap in updates since our event for World Cancer Day in February 2021. Although we had a reasonably quiet Covid period we did keep moving the project forward, including the Shout at Cancer Choir performing at the World Choir Games in October 2021.

I travelled to Hiroshima & Nagasaki with my old friend and collaborator Colin Gray in September 2022 to film the hibakujumoku (A-bombed) trees. We worked with Green Legacy Hiroshima who send seeds from survivor trees around the world, and met with the arborists (tree doctors) who look after the trees, as well as meeting a survivor of the Nagasaki bomb. We filmed survivor trees using conventional, infrared and thermal imaging cameras.

On October 26th, 2022, the choir performed with singer Zara McFarlane and the Peter Edwards trio at Bloomsbury Theatre, London. This was a great opportunity to showcase some imagery from our Japanese trip.

Our new phase of the project, Harmonising with Nature’s Social Networks, has now received funding from Arts Council, England. It will involve making recordings from the Wood Wide Web and beatboxing workshops with UK prisoners. I have already made recordings with Michael Prime in Ireland. More on this part of the project soon.

I’ve shared some stills and video from these events and activities below.

2023 will be a big year for from Silence Into Song. Watch this space.

Making recordings from fungi with Michael Prime in November 2022: 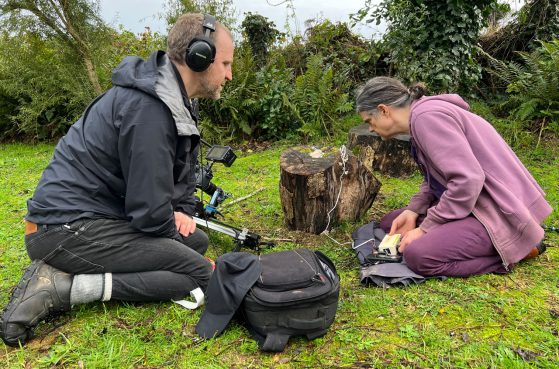 Filming the survivor trees of Hiroshima and Nagasaki: 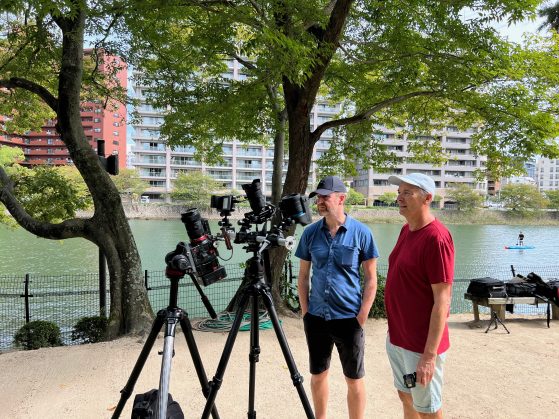 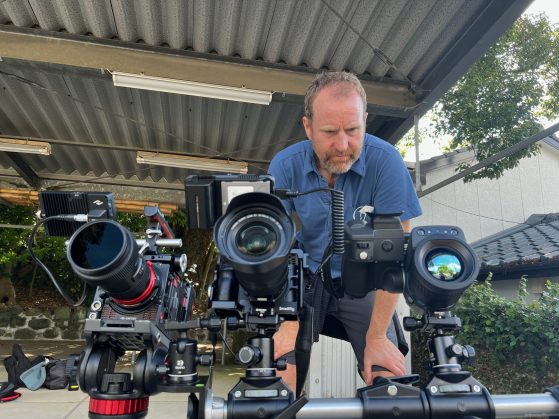 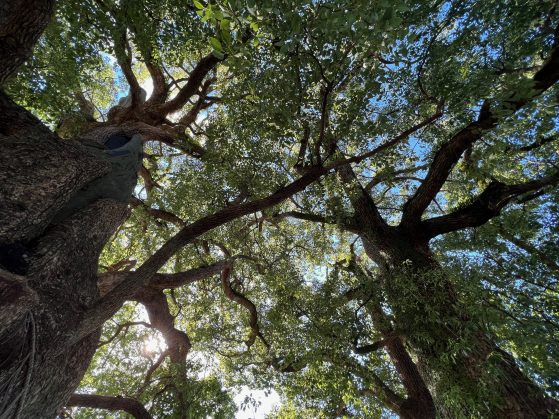 Meeting the arborists who look after the trees of Hiroshima and Nagasaki: 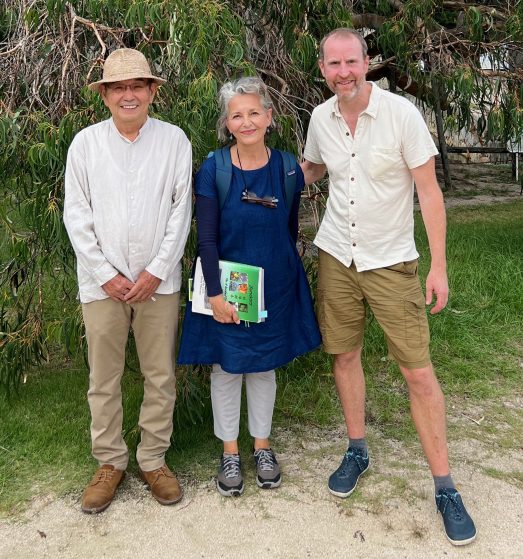 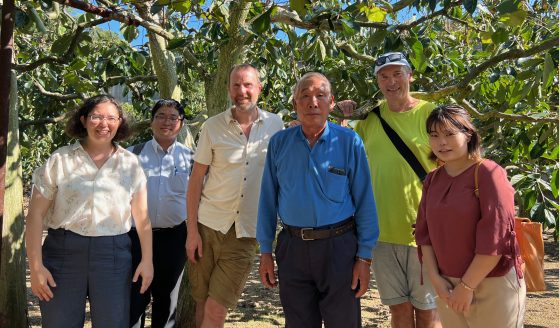 Meeting Morita Hiromitsu, a survivor of the Nagasaki bomb: 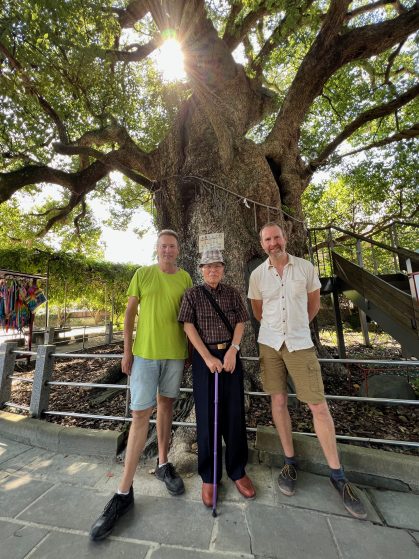 Thanks to everyone who joined us on our Facebook Live event last week to mark World Cancer Day. You can now watch a recording of the event here and you can view the videos from the event below..

Update (11th Jan, 2021) – Philip Clemo has now launched an exclusive edition of digital artworks on Sedition Art from the ‘From Silence Into Song’ project.

All profits from sales will direclty benefit Shout at Cancer and this project.

The imagery in this new collection, directed by Philip Clemo and shot by Ryushi Lindsay, was filmed in Hiroshima and Nagasaki during the 2020 commemorative events marking the 75th anniversary of the atomic bombings. The soundscapes have been formed from diverse sound fragments including B29 bomber engines, Morse code and Japanese songs about the bombings.

You can purchase an orginal artwork here

Update (20th Oct, 2020) – we are enormously grateful to all those who have embarked on all kinds of challenges to raise money for this project: 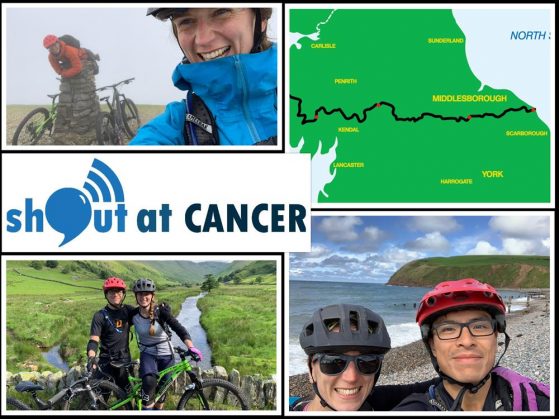 Thank you to Doctors Saravanan Kasirajan, Wasif Jamil and Thomas Moors from Royal Preston Hospital who took on the challenge to walk around the city of Preston, following the Guild Wheel… 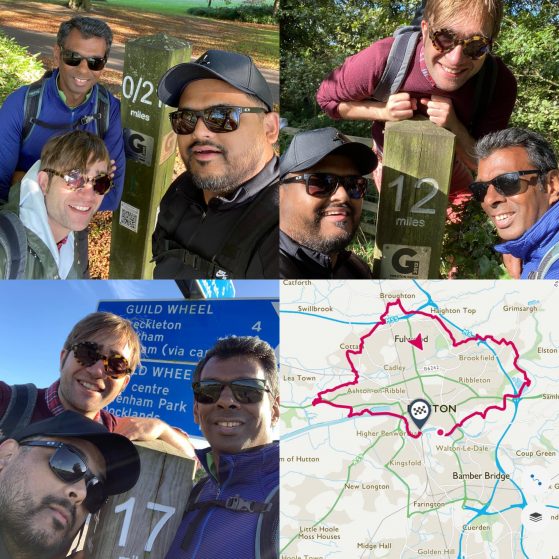 And thank you to Jane Rourke, Ear, Nose and Throat nurse took on the challenge to complete 50 lengths in the local swimming pool, despite her frozen shoulder… 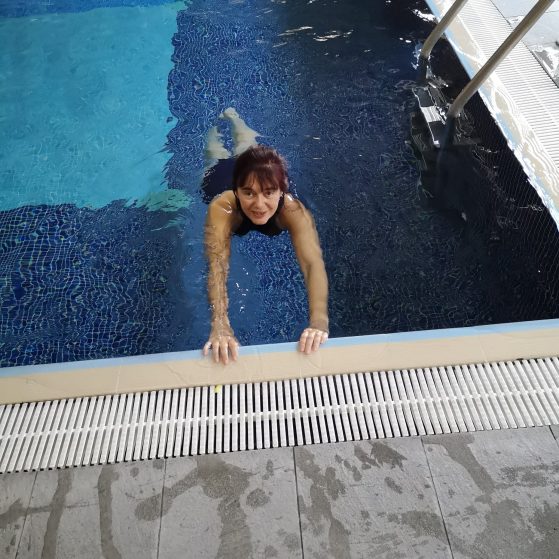 Update (8th Sep. 2020) – a great new video showing the extraordinary Shout at Cancer choir in full-swing in the midst of Covid-19…

Update (11th Aug, 2020) – on 9th August at 3am BST we were working remotely with our Japanese crew of Ryushi Lindsay and Shane Shimamoto. They were filming and recording using specialist Bruel & Kjaer sensors attached to a tree that survived the atomic bomb detonated over Nagasaki exactly 75 years ago. It didn’t all go to plan…

Update (8th Aug, 2020) – our project was featured on BBC Radio’s PM programme on the 6th August, exactly 75 years from the detonation of an atomic bomb over Hiroshima. You can hear it here

The Dual Legacy of Radiation
Radiation has had a dichotomous history, as an instrument of both healing and war: in the late 19th Century X-rays were first used to treat cancer and in 1918 Ernest Rutherford split the atom, leading to the development of the first atomic bomb. We explore this parallel legacy and its profound effect on humanity.

In August 1945 the USA detonated two atomic bombs over Japan, destroying the biological and man-made landscape and killing over 200,000 people. Scientists believed that nothing would grow there for 75 years. But amazingly over 200 trees survived, including a Weeping Willow less than 400m from the Hiroshima blast epicentre. These trees are known as the Hibakujumoku, ‘Survivor Trees’. Many are still alive today and continue to be a symbol of overcoming adversity.

Radiation has also been used to heal and is a powerful treatment for cancer. In 2015, 70 years after the bombs were dropped, Dr Thomas Moors launched Shout at Cancer, a choir for cancer survivors who owe their lives to the healing powers of radiation. Each member has had radiotherapy in combination with a laryngectomy: the surgical removal of the voicebox. Like the Hibakujumoku, the choir is an inspiring symbol of survival against the odds, with Dr Moors literally teaching members how to rediscover their own voices. 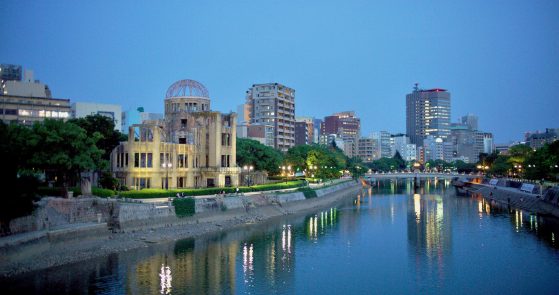 The Creative Vision of the Project
In 2020, in the shadow of the 75th anniversary of the Hiroshima bomb, we’ll celebrate life-affirming stories that have been shaped by the powerful legacy of radiation. We will pair stories of survival from members of Thomas’ extraordinary ‘choir of the voiceless’ with the histories of individual survivor trees. Using sound recordings from the trees we’ll develop new musical compositions with the choir to deliver an inspiring message from previously silent witnesses, now ‘singing’ in harmony. 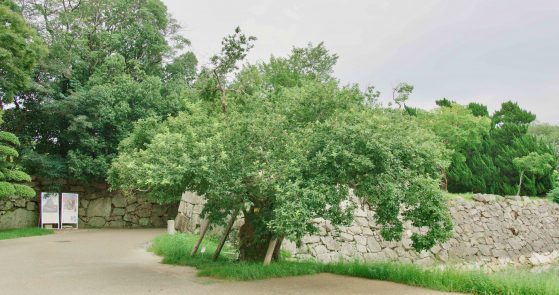 A survivor tree in Hiroshima

Dr Thomas Moors, creative lead – “This project celebrates life and explores the power of nature and healing. Thanks to modern technology we are now able to capture the ‘voice’ of the survivor trees and pair that with choir members who have rediscovered their voices after losing their voice boxes. We will be unifying the healing and destructive force of radioactivity into song and celebrating the fact that radiotherapy has increased cancer survival rates. Our immersive audio and video installation is a place where the audience can sit and reflect.”

Philip Clemo, producer & director of content – “I want to celebrate the survival instinct dwelling within each living thing & the power of the human spirit to overcome adversity. In my work I use cutting-edge and novel technologies to capture imagery & soundscapes in unusual ways, delving beyond ordinary perception. For this project I will use filming techniques including thermal imaging, infra-red, aerial, close-up & slow motion, capturing each tree’s character in all its defiance and magnificence. Surface & environmental sounds of the trees will be captured using contact microphones and sensors attached to leaves and trunks, in collaboration with Bruel & Kjaer and IRCAM, Centre Georges Pompidou, Paris.”

These creative collaborations will be showcased at events in three main phases:

There are several sister projects currently in development. 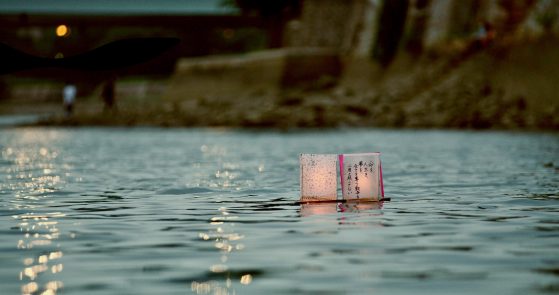 Shout at Cancer is the world’s only charity specialising in speech training with music after laryngectomy, the surgical removal of the voice box, following throat cancer. The Shout at Cancer choir has performed around the world.

Philip Clemo is a composer, sound-designer, film-maker and performer. He brings them all together in his Dream Maps live project. The imagery for that project comes from his Breath Project, made in collaboration with members of David Attenborough’s team.