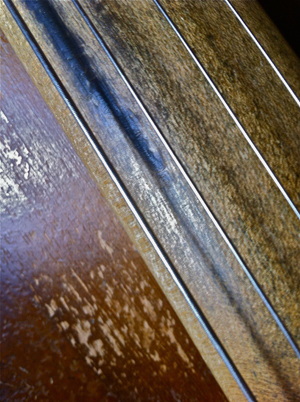 A new studio – Brighton Electric – and a new cellist. Brighton Electric is in the old tramway building – quite a location with large imposing rooms – and a vibrant scene. David played some beautifully quiet and delicate cello – almost reed-like at times. That sound also had something to do with Phill’s choice of mics.

His playing complimented Emily’s cello lines really well and sounded great with the bass partnership of Simon and John. He plays standing up which was quite something on a long session. After a few tracks he definitely entered the ‘zone’. Very deep.